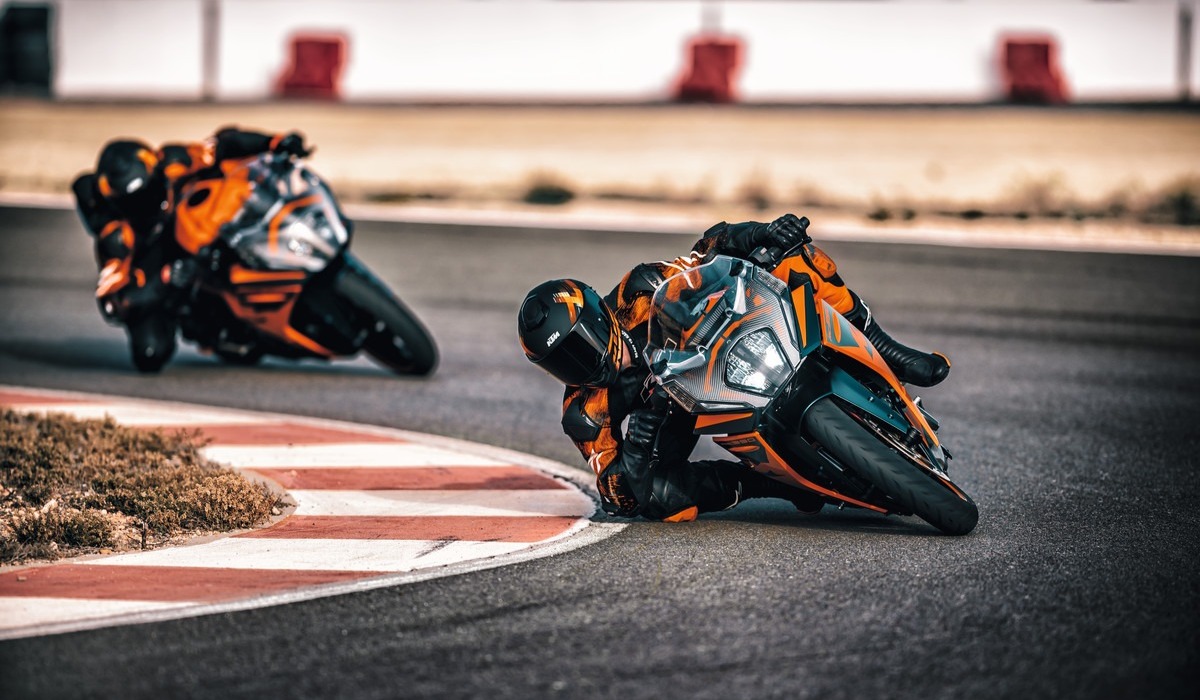 The KTM RC range has been a staple Supersport model in the KTM lineup for a number of years, filling the Sportsbike gap in the KTM lineup. Now boasting Grand Prix-inspired design, a true race-derived chassis, and high-end electronics previously unseen in the small displacement Supersport segment, the new generation RC range charges out of pitlane with real-world, race-winning intentions.

The most immediately obvious update across the board is the Grand Prix-inspired styling, which sees almost every panel being redesigned, boasting race-inspired lines and two new colourways that clearly define the sporty character of these motorcycles.

This redesign has also been purposely done to increase the overall size of the RC range, not only to give it a striking visual presence but also to optimise aerodynamics due to higher top speeds, thanks in part to a computational fluid dynamics (CFD) design process.

This new design has also optimized wind and weather protection, with enhanced heat management by using a combination of inner and outer body panels to direct airflow away from the rider.

The rear bodywork has been reduced as much as possible for a more aggressive profile, but also to show off as much of the redesigned steel trellis subframe as possible.

As true sports bikes, special care has been taken in improving overall ergonomics. The knee area is now ergonomically developed to allow for easier, more fluid rider movement, being as narrow as possible with the largest possible contact area.

An all-new two-part cockpit and windscreen holder makes use of a cast aluminum upper area and a lower composite part that secures the headlight, while a larger fuel tank has been added for improved day-to-day riding, comfort, and fuel range.

The new bodywork is easily removable, with a reduced number of screws being used as well as a redesigned mounting system. This makes swapping out the street-legal bodywork for race-ready panels more practical. However, the most notable updates to the KTM RC range can be found underneath the new bodywork.

The 2022 KTM RC range was developed with a focus on weight saving, with extensive savings made throughout the chassis. An all-new wheel design accounts for a 3.4 kg unsprung weight saving over the previous generation, while the new ByBre braking system saves an impressive 960 grams. The frame too, has gone under the knife with a 1.5 kg saving.

The suspension has also undergone a major refresh, with adjustable open cartridge WP APEX upside-down front forks up front, which feature 30 clicks of compression adjustment on the left, and 30 clicks for rebound on the right.

Every model in the KTM RC range is powered by a EURO5 state-of-the-art, liquid-cooled, single-cylinder four-stroke engine with twin overhead camshafts, four valves, and electronic fuel injection. For 2022, the KTM RC range delivers more torque compared to previous models thanks to a new airbox design. The KTM RC 390 has also received a new engine mapping for increased torque and overall rideability.

From an electronic standpoint, the new generation KTM RC range sets the benchmark for the small displacement Supersport segment, with the KTM RC 390 boasting a selection of rider aids usually only available on bigger motorcycles, namely SUPERMOTO ABS, Lean angle sensitive Cornering ABS and Cornering MTC, and the optional Quickshifter+.

KTM MY RIDE can now also be added to the KTM RC 125 and KTM RC 390, thanks to new TFT colour display that allows riders to access important information at a glance, with the added flexibility of being able to tailor the display to show what they want to see. The display also automatically adapts its brightness to ambient light.

As a package, the 2022 KTM RC lineup promises to bring more READY TO RACE to the realm of Supersport with real, race-bred ability and technology to match.

The new generation KTM RC range will be available in March 2022, prices TBC. 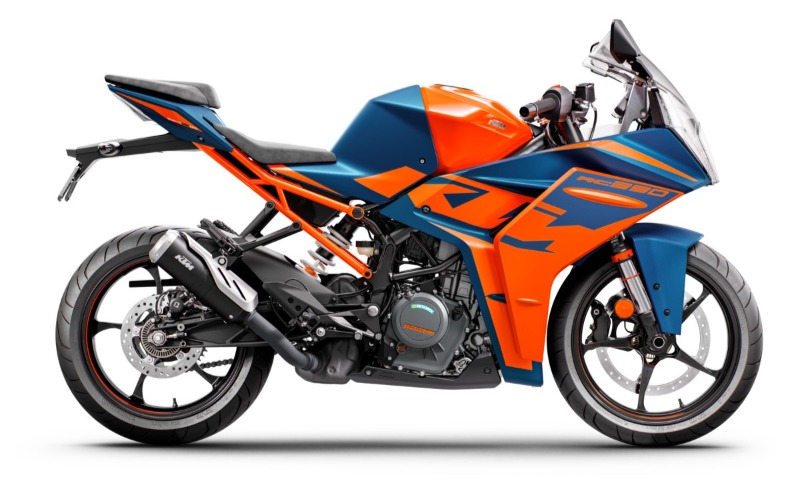 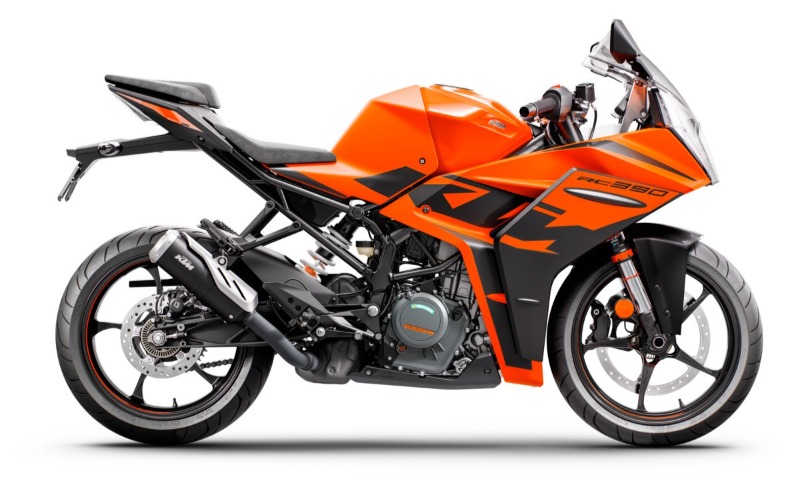 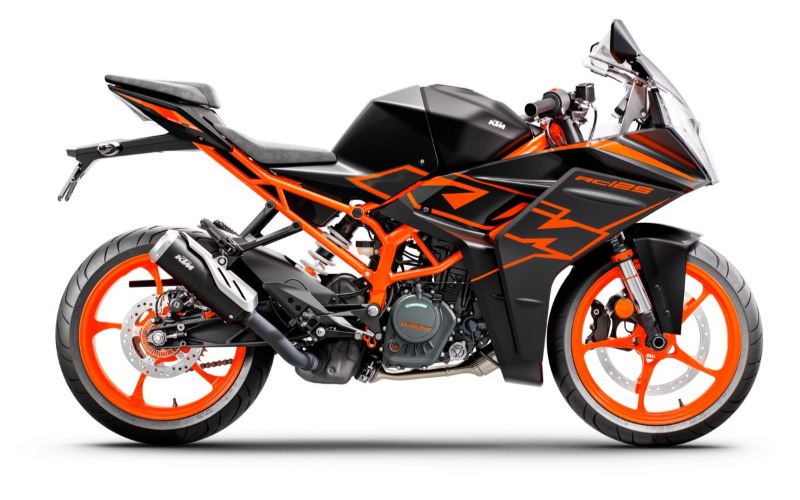 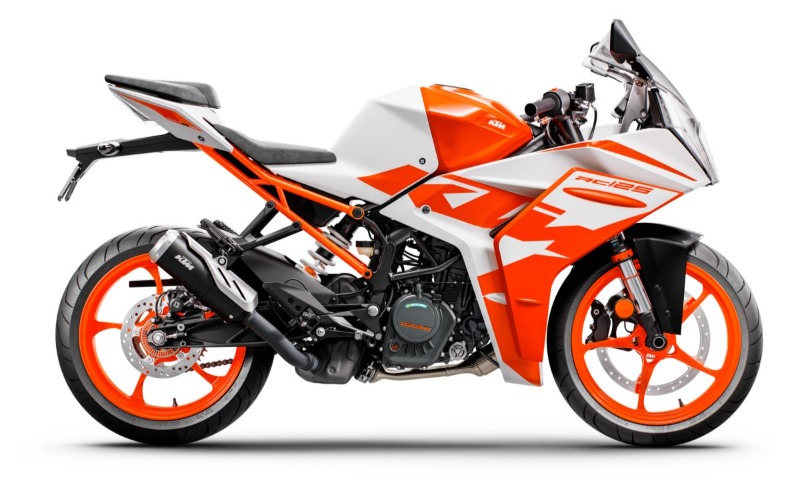